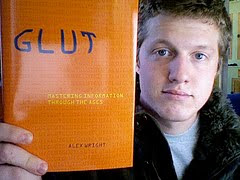 Los Angeles (Reuters) reports that a global glut of solar panels during 2009 is past its peak thanks to a surge in demand from Germany – the world’s largest solar market.

Industry research firm iSuppli says solar panel prices tumbled during 2009 as financial incentives by the Spanish government were pulled back, triggering a drop in demand.

iSuppli were previously forecasting the glut of solar panels to last throughout 2010 but thanks to “plunging photovoltaic solar panel prices”, Germany has seen record numbers of installations.

“The global supply of solar panels is expected to exceed demand by nearly 66 percent in 2009, down from the previous forecast in August of about 92 percent overage, iSuppli said.

The report echoes some positive forecasts given by solar power companies that have reported financial results recently.“

You can read the full report at Reuters.com by clicking here.

It will be interesting to see what impact the UK market has on the over-production figures as feed-in tariffs are introduced (expected in April 2010) and UK homeowners feel more incentivised to invest in their own solar energy installations.

If you’d like to get your own solar panel installation quote, click here to visit Solar Panel Quoter for a quick, online salesman free quote in minutes.