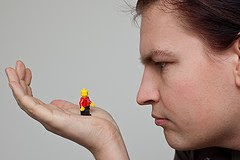 A question of scale?

The Swindon Advertiser reported last week on an upcoming planning meeting that was going to draw a lot of locals out in protest at the siting of 3 wind turbines, at the Honda plant site.

Residents who reckon they’ll be within 320 metres of the 400ft turbines aren’t against renewable energy, just the suitability of the proposed site.

Noise and ‘flicker’ are a real concern, according to one resident.

If passed, the 3 turbines would be the tallest structures in Swindon.

What’s interesting is the comments the story generated with both sides (for and against) claiming scientific knowledge proves or refutes many of the local residents fears.

You can find the full article and read the comments left by readers of the Swindon Advertiser here.