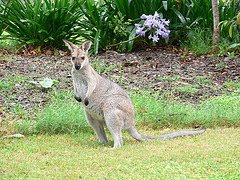 The people of Western Australia are facing a very uncertain solar energy future after the State Government suspended the feed-in tariffs.

Households were originally paid 60 cents for every kilowatt hour their installations produced. This figure was cut to 40 cents before being cut again to just 20 cents.

The Opposition’s Energy Spokeswoman reckons the government has just found the scheme is costing too much money.

It may be that the scheme is a victim of its own success as many people took up the option of getting paid for the energy they produced, covering their installation investments as well as safe-guarding against future energy price rises.

However the Energy Minister has respond by saying that the tariffs were merely a short term incentive to encourage the take up of solar energy, and is quoted as saying that “you’re not going to get rich with a feed in tariff”.

It will be interesting to watch and see if the suspension really does stunt the publics take up of solar energy as is feared.