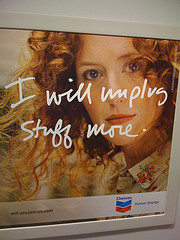 Energy Section writes that US homeowners are facing, on average, increases in their winter heating costs of around 15%, caused by price increases and cooler temperatures.

Gas, which accounts for 50% of American households heating fuel looks set to increase by around 18%. Those in the know reckon it will cost the average American household $1,700 this year, compared with two years ago.

The article goes on to point out that whilst it is easier to save money by using less thanks to modern energy saving technology and appliances, many Americans will have little option but to use less overall.

Of course using less is just one way of not only reducing your energy bills but your energy usage as well and contributing to a greener environment.

Using less is becoming the ‘order of the day’ rather than a hopeful money saving tactic used by a minority. Read the full report here.