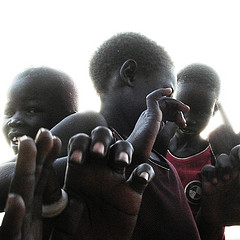 With so much attention on Royal Weddings and snow predictions last week, you may have missed this piece on the Telegraph’s website about an announcement that £2.9billion has been put aside by the Government to help fund renewable energy projects in Africa and Asia.

The Government hopes that private investment will increase 9 fold the amounts of public money being pledged.

The scheme has drawn criticism from those who reckon the money would be better spent in the UK during such financially hard times, whilst aid groups are cautious citing that any private investment is usually done for profit rather than helping the ‘needy’.

The Government reckons that by kick-starting an era of investment in renewables in developing countries, it will help those countries cut their industrial emissions (which experts see as key to lowering global emissions).

The full article can be read here.

The Telegraph’s article centred around certain issues but what do you reckon? When the country is so ‘broke’, should we pumping money into such projects abroad? Are the charities fears of private investment for profit relevant when global emissions stand a chance of being reduced?