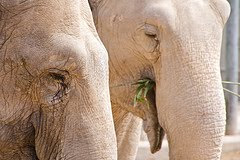 The UK signed up to Europe’s first off-shore wind grid.

Nine countries including the UK signed up to develop an integrated offshore power grid in both the North and Irish Seas.

One of the issues regarding offshore wind farm development was the transporting of the power they generated and has long been seen as an obstacle to developing off-shore wind farms.

However, the new agreement secures £5m of grants for technology research and the proposed grid will make it easier to optimise offshore wind powered electricity production.

It will also help those european countries involved in the project meed their EU renewable energy targets for 2020.

ABC Australia reported on a breakthrough in solar energy production.

The Georgia Institute of Technology has developed what they’re calling the world’s first 3-D solar panel system – solar cells that will work underground.

The system uses specially coated fibre-optics to produce electricity. Sunlight enters the end of a strand of fibre optic and as it travels the length of the cable, the energy is turned into electricity.

When the sunlight reaches the end of the strand, it travels back allowing more absorption of energy.

The system would mean solar ‘cables’ could be underground or within wall cavities so making production cheap as no exterior weather proofing would be required.

Whilst the present experiment is low on efficiency – about 3% conversion of sunlight to power (solar panels are normally 30% efficient), the scientists think they can increase the percentage to around 8%.

To give you some idea, a bundle of strands – about the same size as a handful of human hair – could power a 10-watt light bulb.

It’s being hailed as a break-through in solar power generation and who knows, one day, solar panels may become a thing of the past or at least be complemented by their less-efficient fibre-optical counterparts.