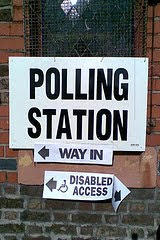 Yes, after tomorrow, tv schedules and news reports will resume to normal i.e before the general election was announced, and the question of who will win, will be decided.

Whether you vote on policies or personalities is entirely up to you the individual.

However, as this blog is all about renewable energy, it would be nice to think that the ‘green’ vote creeps in somewhere along the vote decision process for a few and with that in mind, here’s a link to an earlier post in which we outlined and linked to the 3 main political parties environment policies. Click here to read it now.

Whoever you’re voting for tomorrow – be it Labour, Conservative, Liberal Democrat or other, good luck!