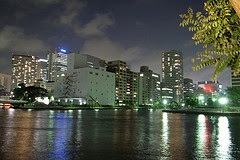 Following the devastating Tsunami in Japan earlier this year, Tokyo is expected to announce a major push for renewables as public confidence in nuclear power dwindles.

Reports suggest that Japan will aim for a 15 fold increase in the use of solar power by 2030. One idea is that every new building will have to incorporate solar panels by 2030.

Japan was the world’s third biggest user of nuclear power before the ‘quakes.

And it’s not just the Japanese government stepping forward. Big business leaders are also joining the renewables cause with one billionaire president planning to invest over 3 trillion yen (which equals over $36 billion dollars) of its sales revenue in solar power (source Reuters).

Perhaps other countries (including the UK) should take note and not wait for a national disaster before starting similar programmes of mass renewable installation.