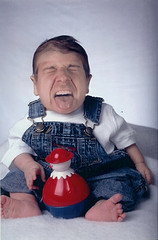 Yesterday, the Chancellor announced the Government’s big spending cuts. Of course, details had already leaked / been announced earlier in the week – most notably the cuts to military budgets, losses of equipment and personnel expected etc.
The Internet was rife with rumours of 10% cuts in feed-in tariffs and the scrapping of renewable heat incentives altogether, which pundits claimed would effectively ‘kill off’ any green energy revolution. A devastating picture of failed co2 targets and renewable energy companies going bust up and down the country were widely predicted.
Chris Hulme in particular in his role as Climate and Energy Secretary must have feared the worse, and many worldwide manufacturing companies were reportedly waiting with pens poised above the dotted line to see which way the Government blew.
As we now know, these fears were mostly unfounded. Here’s what was announced:
Feed-in tariffs – for micro-generators of electricity via renewable sources e.g photovoltaic solar panels – there will be no reduction in feed-in tariffs until the original formal review date in 2013
Renewable Heat Incentives – for micro-generators of heat via renewable sources e.g. ground source heat pumps and hot water solar panels – These will still go ahead as planned, in June 2011. The scheme will be funded directly from the Department of Energy and Climate Change, however there’s some confusion over what sizes of installations it will cover. A total of £860 million has been set aside by the DECC to fund the scheme.
The Warm Front Scheme will be scrapped. It’s replacement – the Green Energy Deal will cover grants for improving home energy efficiency.
£200 million was pledged to support low-carbon technologies and £1 billion will be allocated to a new Green Investment Bank.
So all in all, the renewable energy sector can, I think, breathe a huge sigh of relief and now, hopefully, homeowners will have the confidence to go ahead with installing their own renewable energy systems.
The confirmation of the feed-in tariffs remaining untouched should send a clear message to investors that the UK is a good place to be investing in right now. This will hopefully lead to more larger installations and persuade manufacturing businesses involved with renewables (solar panel manufacturers etc) to set up shop on UK soil.
Supporters of the schemes and tariffs maintained thought that these were essential programmes if the UK was to have any hope of meeting its co2 reduction targets for 2020, when the aim is to be producing a third of our energy from renewable sources.
There were some casualties – namely the Severn Estuary tidal barrage programme which supporters claim would have generated 5% of the UK’s energy needs, after the Government reckoned it would be too hard to attract the necessary private investment for the multi-billion project.
Instead, plans were outlined for new nuclear reactors.