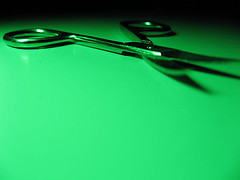 Worrying because something similar could easily happen to the UK’s feed-in tariff system (sometime in the future), was this report in the Wall Street Journal about Spain planning major cuts to its own solar energy subsidies.

Subsidies could be cut by as much as 30%, which one private equity firm head described as “a breach of trust”.

Spain’s had solar subsidies far longer than the UK – subsidies which have attracted large scale investment on the strength of the subsidies previously agreed and being paid.

However, like Germany, the solar subsidies have been so over-subscribed that the money to pay for the subsidies is running out faster than expected.

Spain now has 3,200 megawatts of solar capacity – more than six times what the Spanish government expected to have by 2010. Last year alone, it handed out 2.6 billion euros in subsidies.

What’s got investors angered the most is that Spain agreed new subsidies on new wind and solar thermal projects, but is planning cuts for existing as well as new solar photovoltaic installations.