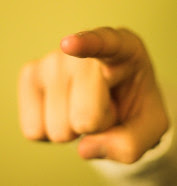 Farmers, landowners, environmentalists and the solar industry themselves have all been condemning the recently announced solar subsidy cuts for larger scale installations.

What’s been described as a “ill judged slash and burn decision” will, no doubt, have serious consequences for those land owners and social projects that were so appealing to investors only a few weeks ago.

With many schemes on hold now and those already started, it’s an anxious time for many parties, whilst the details are awaited.

One group who hasn’t been complaining is homeowners themselves.

A typical domestic home installation has nothing to fear (at present) from subsidy cuts. Indeed, the main thrust behind the Governments decision was to protect the ‘pot of money’ that’s been set aside to pay out on tariff claims by homeowners.

It may be the case that the Government see’s individual homes reducing the carbon emissions by utilising their own renewable energy as a vital part of combating what is an ageing housing stock, and all the ‘un-green’ problems associated with heating and powering those homes.

It’s not enough to wag a finger at so-called ‘greedy investors’ who were looking to make a big return on their investment at the expense of the Government money – part of the carbon reducing mix has got to be the large and not so large scale production of renewable energy.

Social schemes which would have seen whole streets and areas benefit from renewable energy, not to mention setting up solar farms on land that can be used for little else are still vital and the investment (or inducement to invest) has got to come from somewhere.

The question for many now is where exactly?