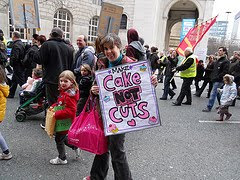 A council is being criticised for spending on a solar panel installation whilst cutting services and amenities for residents.

This is Staffordshire reported how Stoke-on-Trent City Council is spending £134,500 installing 198 solar panels on its civic centre.

The council hope the panels will help cut their £147,000 annual electricity bill.

Despite the plight of the local residents, who are angered by the loss of so many services and cuts in many others, claiming the council has got its priorities wrong, there was one nugget of good amongst the report.

In the bottom third of the report was the councils belief that the panels will have paid for themselves within 14 years – if electricity prices stay the same.

I don’t think any of us expect anything less than energy prices continuing to rise, which will only shorten the pay back period on such installations.

The report also mentions that the Council will gain an estimated £9,400 a year in revenue from the Government’s feed-in tariffs. Let’s hope that will ultimately be pumped back into the community.