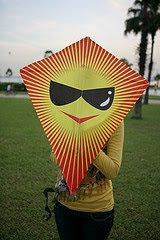 When we started this solar panel blog, we soon realised that there’s just as much interest in, and information about, wind turbines sought by the UK Public.

Wind Turbines have the benefit of a high visibility factor – many parts of the UK now have wind farms and individual clusters of one or more wind turbines.

Of course, generating energy from the wind is not a new idea (think back to the windmills of old) but technology is trying to bring these wind giants up to date by making more use of available power in increasingly smaller turbines.

Many experts agree that the UK is well placed for exploiting wind and wave energy and if you’re read back through some past posts here on this blog, you’ll be aware of the various wind farm projects taking place around the country, both onshore and offshore.

Wind Turbines are not without their problems, like their solar panel counterparts, if there’s no sun, there’s very little energy produced. The recent cold spell at the beginning of 2010 bought very still conditions – as a result, some have estimated the power output dropped to virtually unperceptible levels.

Wind turbines may not have the appeal of solar panels on single domestic installations but for larger community based projects, wind turbines may well come into their own.

Browse through our previous posts or search for ‘wind turbines’ for previous blog posts and articles on generating energy from the wind.