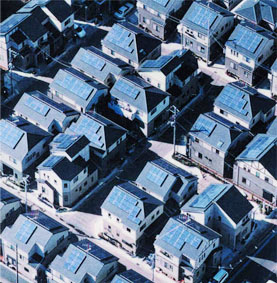 Solar panel prices have continued to fall, following on from the decline since 2011, putting pressure on manufacturers who have struggled to generate worthwhile profits due to excess manufacturing capacity. This reduction in cost means that the average homeowner will now pay less for their solar panels.

The demand for solar panels grew by 40% in 2011, but excess manufacturing capacity has created a situation of overproduction and also competition, which has forced the larger manufacturing companies to slash their prices.

Unsurprisingly, these price drops have boosted solar sales and made solar power less dependent on returns from the feed-in-tariff to compete against fossil fuels. However, the falling costs have virtually erased profits at the major manufacturers, such as China’s Suntech Power Holdings , Yingli Green Energy Holding, Trina Solar Ltd and U.S.-based First Solar. The biggest indication of this can be seen on the falling share price for each of these large solar companies, along with the insolvency of previously dominant solar companies such as Germany’s Q-Cells.

What does this mean to those of us looking to install panels? Well the short answer is that we’ll be paying less. There is now real competition at every level of the process; from manufacturing the panels to the companies installing them. So right now you will get the most competitive prices to install panels whilst the feed-in-tariff still rewards you with up to £850 per year for doing so.

To view instant prices for your property – click here