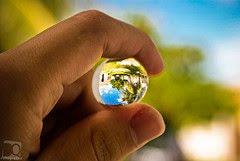 We thought we’d take a few moments amidst what’s left of 2009 to gaze into our crystal ball and try to deduce a trend or two for solar energy in 2010.

The big story of 2009 was the world glut of solar panels which came about as the recession cut deep into personal pockets and lines of credit dried up for funding larger projects. Then the Spanish market suffered a severe and sharp decline in demand due to changes in tariff’s and funding and suddenly solar panel producers found themselves with completed units that no one wanted.

Prices fell and if you were in the market for a solar panel installation, then you probably got a bargain on the cost of the panels themselves. If larger commercial projects had the funding (which many didn’t, hence the glut), then their set up costs were reduced dramatically.

Although it wasn’t a World Cup year, Germany came to the rescue with strong demand, fuelled by government incentives and lower prices.

What was being painted as a very bleak over-stocked outlook for 2010 started to reverse as the stockpiles reduced and prices started to climb again.

The start of 2010 will still see a degree of over-stocking, the question is how long will that situation affect prices as we head into the Spring of 2010?

The other big news for 2010 is the introduction of feed-in tariff’s in the UK.

Whilst at the time of writing this, there is still some confusion over what the tariff’s will actually be, what they’ll amount to etc and even some analysts questioning the previously published start date in April with so much still to be decided – Energy companies are claiming that a planned announcement in January on the tariff’s won’t leave them enough time to alter their company infrastructures to include this new pricing model.

But we think the feed-in tariff’s are going to be big and once they grab the UK publics imagination, then expect prices of solar panels to rise as demand quickly grows. I’ve even read reports questioning if there are enough installation companies in the UK to cope with an anticipated surge in installation enquiries. Who knows? (Don’t forget you can get a range of quotes from recommended local companies via SolarPanelQuoter.co.uk – a completely free service to homeowners and businesses in the UK.)

We’ve covered feed-in tariff’s here before but it’s worth re-iterating that feed-in tariff’s are based on a fixed period of years – a guarantee if you like – that for whatever the period is set at, the owner can expect a certain rate for the electricity they put into the national system. So the earlier or nearer to the start date you can get with your own completed installation and participation, the more you’ll save / earn from the scheme.

This makes solar energy more viable as the pay back period on your installation is reduced. Add to that government grants and local authority incentives on installation costs and pay back periods are reduced even further. Not to mention the added value to your properties price should you decide to sell and move one day.

Well, that’s it. Thank you for your readership and company during 2009 – we hope we’ve been able to enlighten you, inform you, amuse you, and give you something to think about or discuss with others. Our thanks to all those sources we’ve quoted in our posts and to the photographers who’ve really allowed us to brighten up our posts with a topical or more cryptic image.

We’ll be back with more posts – December – sorry 2009 – is not over ’till Jools Holland shouts “Hootenanny!” on New Year’s Eve.

Whatever 2010 holds in store for us, we wish you a Happy Holiday and a peaceful New Year.

Everyone at Solar Panel Quoter.