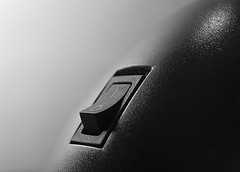 The Telegraph reported last week how a Danish wind turbine manufacturers only UK factory, located in Campbeltown, Scotland had gone into administration.

The company blamed a struggling market for new orders.

Whilst many will point to and mutter about the £2.4m the company were given by the Scottish Government to safeguard jobs, what is sad is not only the job losses, but the fact that Scotland has been making so much of its renewables policy and targets.

If it can’t prevent the closure of such an important plant, then perhaps the expected ‘renewables boom’ isn’t the saviour of jobs and prosperity we’ve all heard about so much.

It would be interesting to compare wind turbine planning applications that have been refused and what difference they would have made to the factory’s future (if any), had they been allowed.