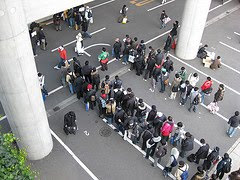 A victim of its own success? Like others, the Scottish Government has found out that over-subscription to renewable energy initiatives eventually means closing those schemes down.

Energy Minister Jim Mather said that the Scottish community and renewable energy scheme is facing financial pressures after groups are set to benefit from £13.5 million of funding.

The scheme which was started in May 2009 has already helped more than 300 community groups invest in solar, biomass and wind projects.

Note* The message seems to be if you’re thinking of applying or making use of any Government funding or scheme, particularly where renewable energy is concerned, then get in quickly before the scheme / funding is over-subscribed.