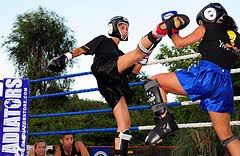 Occasionally, I like to catch up with solar energy news from around the globe and this little snippet as appeared in the Los Angeles TImes made me wonder if the same thing could happen here in the UK – indeed, might have already happened?

The story in the LA Times concerns a homeowner who asked his housing association for permission to install solar panels on the roof of his apartment.

The housing association turned him down so he sued stating the State’s Solar Rights Act in which he argued the homeowners association couldn’t unreasonably block his solar installation.

He won and what’s more, the housing association were ordered to pay costs which amounted to “tens of thousands”.

What struck me most was this is in a state where they’re really pushing solar energy with grants and tariffs to encourage home owners to install solar energy as the report concludes:

“California two years ago launched a $3.3-billion effort to increase the use of solar statewide, offering rebates and tax credits to consumers who install energy systems. Since then, the number of homes and businesses with installed solar has more than doubled, growing from 23,000 in 2006 to 52,700, according to the California Public Utilities Commission.

The cost of small solar systems declined 9% in the last year and larger installations have fallen 13%, the PUC said in an October report. Still, the state is far from being on track to its goal of adding 3,000 megawatts in solar panels by 2016, sufficient to power 600,000 homes”

Surely, there will be similar rules introduced here that prevent the blocking of reasonable renewable energy installations?

Read the full article by clicking here and visiting the LA Times.

Your solar panel installation company should be able to help with any local planning requirements – start by getting a free online quote to compare solar installation prices in the UK with Solar Panel Quoter – click here.