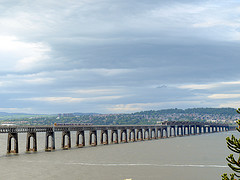 It does matter where large scale renewables are sited as projects in Scotland are finding to their cost.

EDIE reports that several tidal / marine renewable projects are at risk because of the costs involved in transporting the energy they generate into the national grid.

Compare that with an £11million subsidy for a similar project off of the S.W coast of England.

The Scottish Renewables chief executive says such costs could result in Scotland loosing tidal projects to the South, despite “Scotland’s fantastic wave and tidal resource”.