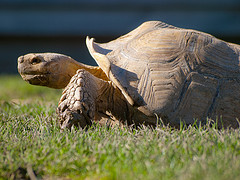 “progress too slow for some”

Sometimes, things appear to happen so slowly that you begin to wonder if they’re making any difference at all.

Take renewable energy in the UK. Headlines are dominated by planning refusals for large scale ‘energy farms’ and surely a few panels atop a domestic property aren’t going to affect the UK’s figures?

The DECC recently published some very interesting stats on UK energy usage for the 2nd quarter of 2011, compared with the same period in 2010.

I won’t bore you with the full details (why not read them here yourself?) but the figures which caught my eye were:

Overall consumption of electricity fell by 1.6% with domestic usage falling by 3.7%. Either we’re getting more efficient with it, generating our own or switching more off because we can’t afford it.