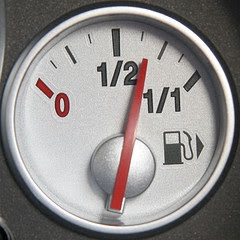 2010 was an expensive year for motorists with the average car owner forking out an extra £416 for increased fuel and insurance costs.

Young drivers were even worse off with an estimated extra £1000 to find and 2011 doesn’t look like it’s going to get any easier.

Believe it or not, one way you can reduce your costs is to have a driveway installed.

In 2010, an average motorist driving 10,000 miles a year in an average family car would have clocked up an extra £206 in fuel costs alone.

Add the average insurance premium increase of £210 and that means motorists spent a whopping £35 a month extra. And that figure doesn’t even include depreciation or finance repayments.

And one insurance comparison website reckons 2011 has started just as badly. Petrol has risen 5% during January (already adding £90 to our 2011 petrol bills).

However, there are a number of things you can do to reduce your motoring costs – choosing a more economical car – a 40mpg car over 10,000 miles could save you £480 in fuel costs alone compared with a 30mpg car, choosing a car that with a lower road fund licence cost and of course shopping around for car insurance.

One step you could take to reduce your insurance premium is to have a driveway built so that your car is parked off-road. Again, savings will depend on insurer and the area you live in, but if you don’t have a driveway, then it might be worth asking your insurer how much you’d save by parking on one or shopping around for other quotes and including a driveway in the quote details.

Remember though that you should never give false information (including where the car is kept) when actually taking out insurance as to do so could invalidate your insurance policy completely.

Having your own driveway will certainly make life a lot easier for you – imagine never having to trawl the streets looking for a parking space – being able to unload the grocery shopping without watching out for passing cars and of course, it makes washing and carrying out your own servicing a doodle too.

There has probably never been a larger selection of paving types, colours and patterns to choose from either. Nowadays, Impressed Concrete driveways are a lot more durable thanks to concrete additives and the latest crack reduction methods. You can pretty much have any pattern or colour that’s available in block paving and then some. Impressed Concrete driveways are ideal for, but not restricted to, land with steep gradients.

If you prefer the look of real block paving, then again, there’s a wide choice of blocks, colours and patterns available. You can choose a finish in keeping with your home, the period or the area or go for something completely different. Block paving doesn’t suffer from the possibility of surface cracks and a good sealant will usually give many years of protection from oil and other spills.

Finally, tarmac and gravel drives are still very much in demand, although the level of surface preparation prior to laying the final top layer is pretty similar to Impressed concrete and Block pavers.

If you’re thinking a new driveway or even a re-surface of an old driveway surface, you’ll also be adding considerable value to your property (in the event that you decide to sell and move) and many homeowners choose a new driveway installation to incorporate new steps or pathways to their homes entrance doors.

If you’ve got a particularly small area available for a driveway, one way to get a better deal on your installation is to consider including rear paths and patio areas within the scheme. This gives installers the flexibility to offer greater discounts as they’ll be ordering more blocks and materials etc for the job.

Paving Quoter lets you enter your own measurements so you can specify different areas and get a range of online quotes to compare costs with.

This article was originally published in our weekly homeowner newsletter dated 7th Feb 2011.