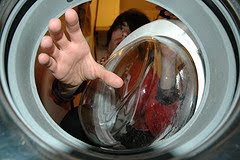 As reported at You Gen.co.uk…

“The solar industry faces another phase of uncertainty as the grants money to support installation of photovoltaic panels in public sector buildings and charities has run out again.

The Low Carbon Buildings Programme Phase 2 grant pot was topped up with £35m earlier this year, of which £13m was earmarked for solar PV. Demand has been higher than expected, and this has gone, leaving the industry facing a gap until feed-in tariffs are introduced in April 2010. This is made worse as the feed-in tariff rates still haven’t been announced, and aren’t expected to be until January.
This does not affect grants for householders, which are paid from the low carbon buildings programme phase 1.”

Worrying news indeed and whilst they’ll be hoping this state of uncertainty is reversed when the UK Feed-In Tariff’s are introduced (or expected to be) in April 2010, even that is surrounded by uncertainty as tariff’s have yet to be announced.

The market uncertainty has been likened to a “roller coaster for business planning”.

Read the full article at You Gen by clicking here.