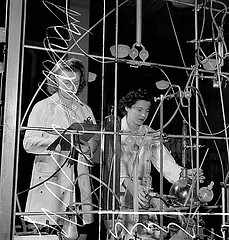 The BBC reported in January how fraudsters are targeting climate scientists with details of fake conferences.

Their aim is to obtain money for up-front booking costs or harvesting their email details.

They’re very convincing too, quoting ‘known’ hotel names and locations. The emails and websites themselves use ‘the correct language’ which is very often copied directly from legitimate reports and websites.

The BBC report lists several identified scams – including the titles / names of the so called ‘groups’ you could receive an invitation from.

In the cases where the fraudsters have asked for payment for booking costs up front, usually with a promise of them being refunded later, the amounts have been several hundred euros.

Click here to read the full article on the BBC website – if you’re part of the scientific community, you may want to warn your colleagues too.