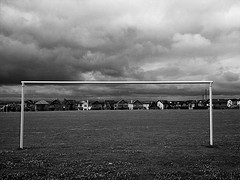 Last week YouGen’s blog ran an article following a meeting between the Energy Minister and various representatives of the photovoltaic solar industry.

The purpose was to discuss the implications of the Governments spending review on the feed-in tariff scheme, which has so far helped contribute to over 10,000 solar panel installations in 2010.

You can click here to read the full article yourself but I did want to pick out one or two choice bits.

Firstly, that the Government is now saying (worryingly so) that the so-called solar farms which have started to spring up with investors attracted by the lucrative feed-in tariffs may in the future have to be exempt from the tariff system, which was originally designed with private individuals in mind.

As the Government pointed out, there is a finite amount of money available for the scheme and it may have to protect that figure for take up by private residential individuals at the expense of large scale installations (or there could be restrictions for qualification based on overall output etc).

Secondly, that because the ‘pot’ of funding has been reduced, future tariff changes may have to more severe, again, dependent on uptake.

The only good bit of news was that no cuts would be applied retrospectively, so if you’re thinking of getting solar panels installed, then now is the time to act.