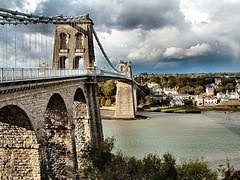 With the announcement last week by the Energy and Climate Secretary of Anglesey being named as one of 10 sites deemed suitable for new nuclear power station development, understandably, the pro and anti nuclear voices have already started to make themselves heard.

On the one hand is the promise of long term job security and economic stability that employment brings against the environmental issues of disposing of nuclear waste and the dangers of handling nuclear power safely.

Of course, nuclear power is nothing new to Anglesey, the current Wylfa Power Station has permission to continue electricity production until December 2010 (source BBC Wales).

The Welsh First Minister seems to think that the “phenomenal amount of interest in renewable energy” in Wales means there is no need for adding nuclear power expansion.

There’s an excellent review of the comments made by the Welsh Assembly Government and MPs on the BBC’s website – click here.