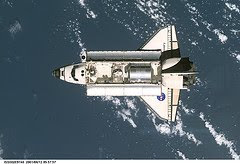 Technology develops in leaps and bounds and the world of solar panel efficiency is no exception.

Now engineers have developed a solar panel so efficient that it will actually generate energy from the Moon’s glow.

This latest development could see the end of battery storage systems for homeowners, especially those in remote places that don’t have mains electricity.

The technology was originally developed by NASA as an emergency power source for Shuttle missions and planned Moon shots where astronauts would need to fly around the dark side of the moon.