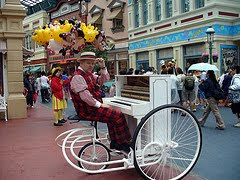 This blog isn’t just about solar energy, fitting solar panels and the benefits of installing solar power on your home. We like to think we cover all renewable energy technologies in our daily digests.

This story doesn’t fit the above criteria I know but aside from the admirable green effort the Paris bike hire scheme makes, it was the sheer numbers that made me look twice, and if you believe everything you read in the newspapers, then a similar cycle hire scheme is heading London’s way on 2010.

The service which lets you self-hire a bicycle from virtually every main corner street in Paris works on a pre-pay system – you just return the bike to the nearest free bike rack slot when you complete your journey.

The racks are self-locking and the self-help method has helped the residents and tourists of Paris clock up an amazing 61 million journeys since the scheme started in 2007.

However, as we’re all aware, green schemes come at a cost and this scheme in Paris is no exception, as The Independent reports:

“…vandalism and theft remain so rampant that Paris city authorities were obliged yesterday to come to the aid of the private company which runs the scheme. In less than two-and-a-half years, 8,000 bicycles have been stolen and 18,000 have been damaged beyond repair. In other words, each of the 21,000 Vélibs, which cost €610 (£550) each, have been replaced at least once.

Stolen Vélibs have been reported as far away as eastern Europe, Africa and even Australia…“

How are all these thefts occurring? “…however, the system has proved unexpectedly vulnerable to theft and vandalism. In theory, it should be impossible to steal, or damage, a Vélib entrusted to your care without the authorities tracking you down. The identity, and credit card, of the last user is recorded in the central computer.

However, many “first users”, especially foreign tourists, fail to lock their bikes firmly into the electronic rack after they have been used. Passers-by can then take them, or damage them…“

The piece is well worth (click here to read now) a read and lets hope that when the scheme is introduced in London, we don’t end up forking out for a new set of wheels every year.

As Queen would say – get on your bikes and ride!