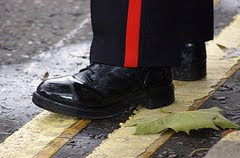 As first revealed in May, the current Low-Carbon Buildings Fund is being closed early as part of £6.1 million savings being planned by the Department of Energy and Climate.

The Fund provided grants to homeowners and small businesses to help them install small-scale renewables.

The early closure will save the Department £3million.

However, the Whitehall office points to the new Feed-In Tariff system, which started in April, and pays people for the green electricity they generate from small-scale renewables like solar power.

The Feed-In Tariffs are very much alive and kicking for photovoltaic energy generated by homeowners. The solar industry is also looking forward to the planned Renewable Heat Incentives, which will reward hot water generating systems, still coming into effect next year (2011).

The news of the funds early closure came on the back of last months figures which showed that renewable energy supply from wind, hydra and solar actually dropped during last Winter.

If you’d like to find out more about the Feed-in Tariffs and how much installing a photovoltaic solar panel system could cost you, get your free online quote now at Solar Panel Quoter.co.uk, before being given the opportunity to compare companies in your area.