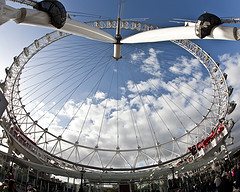 The Peabody Group, which owns and manages over 19,000 homes in London, has just signed what’s being described as one of the largest solar deals in the UK.
The £18.5 million agreement heralds the start of a 39 week intensive solar panel installation period on Peabody properties across 25 different London Boroughs.
Totalling 6MW of installed panels generating capability, the Group are hoping to reduce their housing stocks carbon emissions by 2,500 tonnes per year.
The initiative will also cut energy bills for lucky residents involved in the scheme.
The Peabody Group was founded by American Banker, diplomat and philanthropist George Peabody back in 1862.
It now owns and manages over 19,000 homes across London.
photo credit: jim bahn