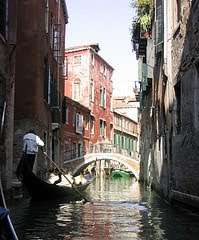 Spotted over on Renewable Energy Focus was this article about how Italy intends to reduce its levels of solar subsidy.

What’s interesting is that rather than a broad sweeping cut across all generators, they’ve taken a much more subtle approach by making moderate reductions per system, so that overall, whilst the incentives are reduced, there is still some incentive left for most generators.

One of the key factors is the capping of capacity coupled with a simplification of the various models for generation into two main types – rooftop systems and other systems (which covers all systems not installed on an actual building).

There’s lots of rumours currently abound regarding the likelihood of the UK Government making it’s own cuts to the established tariff system but as the Italians have shown, it’s still possible to offer enough incentive to promote a more gradual uptake of solar energy, rather than struggle to fund the mad ‘gold rush’ like uptake as we’re currently witnessing now.