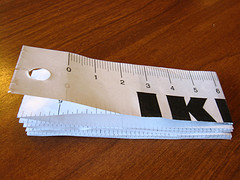 We’ve already reported on this blog stories of Ikea upgrading it’s stores in the UK with solar panels in an ambitious attempt to make all it’s stores as self-sufficient as possible, whilst being responsible to the environment.

Work’s been progressing nicely with the Milton Keynes Citizen reporting their store has started on their installation which will be completed by next March.Some 5,978 pv panels, at a cost of £562,000, will generate a whopping 246,000kWh – enough to power 75 homes.

These figures alone are pretty impressive but even more impressive is this one: “Since 2005, the company has opened six new stores with only a 10% increase in its combined energy usage”.

The store also burns renewable wood materials to produce heat and hot water for the store. The system can provide up to 100% of the stores needs.

Other eco-friendly devices include a rainwater harvesting system, which can store enough water to flush the toilets for a month before having to resort to mains water.