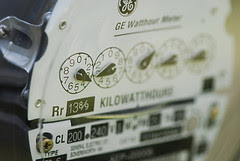 There’s been lots of media attention on Feed-in tariffs recently – the ability to make money from solar panels on the roof of your home, but what is a Feed-in tariff and how exactly do you earn money from it?

Feed-in tariffs pay back qualifying homeowners and businesses for the electricity they generate via solar panels, wind turbines, hydroelectricity and anaerobic digestion, although solar energy is currently the most popular type of installation.

Payback is in 3 parts

Payback is in 3 parts: The Generation tariff is a set rate (set by the Government) paid by your energy supplier for each unit of electricity you generate, the Export tariff is a payment you receive for each unit you export back to the National Grid, that you don’t personally need/use yourself, and finally, the savings you’ll make on your normal energy bills through not having to ‘buy’ as much energy as you did previously.

The Generation tariff changes (after the first two years) each year for new entrants to the scheme, however, once you’re in, you’ll enjoy the same rate for the length of the FiT’s scheme. (Currently 25 years for solar installations, 20 years for others). Current rates are between 29.3p and 41.3p per kWh

The Export tariff is currently set at 3p per kWh (unit of electricity) and is the same for all technologies.

Making your home more energy efficient through improvements, insulation and energy rated appliances etc will all help lessen your overall energy usage, making the savings even greater on your daily energy bills.

That’s £920 per year on average.
This will depend on your location, the amount of daylight / orientation of panels to the sun etc. and how efficient your home is in its everyday energy use.

It should be noted that only those systems installed from the 1st April 2010 using an Microgeneration Certification Scheme (MCS) certified installer will qualify. If you installed generating technology between 15th July 2009 and 31st March 2010 and transferred to the FiT’s before the 1st April 2010, then you’ll also qualify. Tariff income for household customers using the energy for their own use is also free from Income Tax.

The Government is being repeatedly appealed to, to include micro-generators that fall outside the scheme’s dates but so far have not yielded.

The FiT’s cover installations up to an installation size of 5 mega-watts. Your MCS installer will be able to help you complete the claiming process once your system is installed.

So if you’ve got money in the bank that, at todays rates, won’t be making an awful lot, then perhaps you should consider a solar panel or other micro-generation installation. Whilst tariff rates are high, and with the certainty that energy bills will only get more expensive.

It should also be noted that, whilst the Government is committed to the present tariff levels till 2012, there are numerous rumours that the Generation tariff is going to be reviewed this October (2010) and the micro-generation industry believe a cut in the rate is likely to be announced.

There is currently no scheme for hot water generating technologies, however a decision is expected soon on the Renewable Heat Incentive scheme which would cover hot water renewable technologies – solar, ground source etc, originally planned to start in April 2011. Government Ministers are still debating how exactly funding will be paid to homeowners etc. and how early adopters will also be able to claim (if at all).

There have been some 10,000 entrants since the scheme started in April, the sheer numbers, whilst very encouraging for renewable targets, does present a problem for the Government in how to continue funding the tariffs whilst faced with the extreme cuts to current expenditure levels. Many other european countries that started their own tariff’s before the UK have already announced or made their own reductions, which has resulted in the number of entrants slowing.

To get your own quote for installing solar panels, visit Solar Panel Quoter and get an instant online price guide, without the need for any salesmen to call on you.