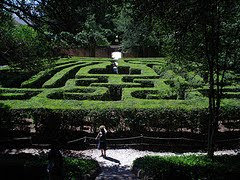 Drivers of hybrid cars in California will have just lose their HOV status.

HOV stands for High-Occupancy Vehicle and is a series of special lanes on major routes which allow car sharing drivers to whizz past the stationary traffic.

Previously, Hy-brid vehicles had also been allowed to use the HOV lanes – even with a single occupant.

Now due to the popularity of vehicles like the Toyota Prius, the lanes are becoming too congested, so their use will now be restricted to passenger sharing vehicles and all electric vehicles like the Tesla Roadster as well as some natural gas powered vehicles.

It’s a move that isn’t going to endear itself to the 85,000 hybrid owners (source Inhabitat.com) but might well evoke a similar spending spree on all electric vehicles – who can say?

Reminds me of the Government’s drive to get us all driving diesel cars in the early ’90’s. The minute we’d bought one, the cost of diesel suddenly shot up to match and even exceed petrol prices.

They’ve never come down since. (grump!).