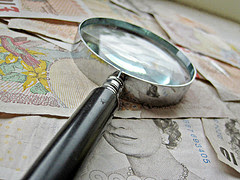 ‘How long will it take for a solar panel system to pay for itself in the UK’ was just one of the areas recently investigated by consumer watchdog Which.

According to a report by Energy Efficiency News, the Which investigation highlighted several short-comings and ‘dodgy’ sales practises by some solar installation companies.

The Micropower Council has welcomed the investigation and promised to act on those companies that were highlighted in the report as giving poor or incorrect advice.

But it says that although a small number of cowboys attracted to the industry because of it’s quick growth, are attempting to ‘cash-in’, the industry has got off to the best possible start through vigorous self-regulation, the Micro-generation certificate and the industries ‘selling code’ – the REAl assurance scheme.

Which discovered that some companies were under-estimating pay back periods on installed systems as well as over-estimating likely profits from an installation. On some cases, salesman had recommended siting the panels on the shaded part of the roof, or had failed to take into account the location of the property before calculating likely generation figures.

Installation quotes should be site specific, provide clear information on the life expectancy of a system and the likely cost of replacing faulty panels, reckon Which.

The Micropower Council said “There is no need to mislead consumers by exaggerating the already generous incentives on offer”.

When considering any home improvement, it’s important to get a range of quotes and advice from different companies and having the time to consider their quotes without pressure.

Using Solar Panel Quoter not only gives you an instant online solar panel quote, but can also recommend up to 3 local companies to follow up your online quote with a free no-obligation written quote, based on your property and system requirements.