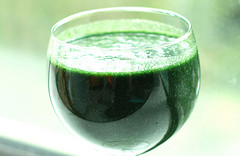 “Green Deal outlined – Cheers!”
The Green Deal will be about putting energy consumers back in control of their bills and banishing Britain’s draughty homes. That was the message from Chris Huhne – Energy & Climate Change Secretary – yesterday as the Government outlined it’s Green Deal initiative.
The announcement outlined the three big benefits of the scheme:
1) That every British home will be able to install energy saving measures like insulation and energy efficient boilers at no up-front cost.
2) Energy companies will provide £1.3 billion a year to help people benefit from the scheme, no matter what their income or type of property.
3) The Green Deal is expected to kick-start around £14 billion of private sector investment and could support 65,000+ insulation and construction jobs by 2015.
As an incentive to homeowners to apply for the Green Deal, a cash back of £150 could be available, funded through private sector Green Deal finance.
The installation costs, paid for up front by private sector funding, will be repaid over time out of the energy savings the property makes.
The Secretary went on to state that he wanted to insulate Britain’s homes not just from the cold weather, but also from the chill winds of global fossil fuel price rises.
Now we’ve got to wait for the detail and application process – which will start sometime around October 2012. The Government reckons overall average household energy bills in 2020 will be 7%, or £94, lower than without energy and climate policies.
More information regarding the announcement can be found on the DECC website – click here.
photo credit: jennifer

NOTE: SInce this story was published, later on during the 24th November, the Government announced £200 million of new and additional funding to “provide a special time-limited introductory offer to boost the early uptake of the Government’s Green Deal energy efficiency scheme”.

It’s hoped the offer will encourage early adoption by homeowners, saving them hundreds of pounds in the process.

The Green Deal framework will be launched from October 2012.