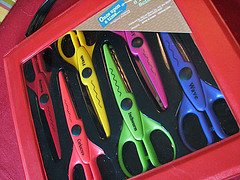 Over the weekend, stories regarding a Government’s decision to amend the feed-in tariff payments circulated.
Figures were suggesting the current tariffs, for new installers, would be reduced to 20p from the current 43p per kilowatt hour. What really caught the headlines was the fact that the Government were going to reduce the tariff’s as early as this December, rather than the previously thought revisal date of next April.
The 20p rate (if it’s true) is still 50% better than the 9p rate some solar industry insiders were suggesting may happen.
The reductions stem from the fact that the Government has been over-whelmed by the take up of the tariff scheme by homeowners and commercial enterprises since April 2010 when they were launched.
The resulting over-subscription (against original forecasts) has left the Government with the problem of funding the tariffs at their present rates for new installers and it was already warning that it might have to dip into next years set aside funds to continue funding this years installers.
Now (Monday 31st Oct), we have the official figures from the Department of Energy & Climate Change:
From December 12th 2011, the tariff payment will reduce to 21p/kWh for solar photovoltaic systems of up to 4kW (currently 43.3p per kWh). Tariff reductions for systems between 4kW and 250kW have also been proposed, having already been reduced earlier in the year.
The Government believes that the continued falling costs in solar installation, quoting a fall from £13,000 to £9,000 for an average system since the tariffs began, mean that homeowners should still see a decent rate of return on their investment, quoting figures of around 5% return.
In a statement by Energy Minister Greg Barker, it cited that to be able to sustain the feed-in tariff payments, the reductions are necessary. During September alone, there were 16,000 new qualifying FiT solar installations – double the number of June and three times the anticipated number of installations.
The 12th December date tariff change will apply to all new solar PV installations with an eligibility date on or after 12th December 2011. These installations will move to whatever the new tariff is when announced in the scheduled FiT review in April 2012.
Installations already earning the present tariff will remain unaffected by the reductions.
The Government has also hinted that after April 2012, there might be extra qualifying criteria for home’s wishing to claim the FiT’s. These are likely to be centred around the energy efficiency of individual properties.
The return on investment might take a little longer, but solar PV installations should still be given careful consideration if  you’re thinking about reducing your current energy bills. No one doubts that energy bills are going to continue to rise and with the Government’s predicted return rates of around 5%, that’s still pretty good compared to what savers are getting at the moment.
And don’t forget, installations for comparable sized systems are falling – some by as much as 30% since the tariffs inception and the likelihood of extra qualifying criteria could mean more initial expense on projects like loft and wall insulation, to qualify after April 2012. We’ll have to wait and see of course exactly what the criteria changes will be.
The biggest losers may well be community projects that were involved in free installations, since the firms investing won’t get such a quick return.
Solar Panel Quoter can find you the best 3 companies in your area, based on quality, price and homeowner feedback, and with the pressure now on installers to reduce their prices, can help you make an informed decision about installing solar panels on you home.
If you are thinking of going ahead with solar – then any delay could be costly.
You can read the full Government announcement here.
photo credit: lollyknit