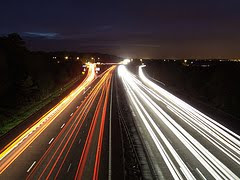 If you’ve got a few minutes spare, then I think you’ll find this article interesting.

A report titled Energy Self-Reliant States asks ‘does it matter that the energy you’re using was generated 1000’s of miles away?’ and looks at the green implications of generating more home-grown power.

There’s a lot of information and arguments for and against explored in detail. One fact that caught my eye was the reports conclusion: “All 36 states with either renewable energy goals … or mandates could meet them by relying on in-state renewable fuels. Sixty-four percent could be self sufficient in electricity from in-state renewables; another 14 percent could generate 75 percent of their electricity from homegrown fuels.

Indeed, the nation may be able to achieve a significant degree of energy independence by harnessing the most decentralized of all renewable resources: solar energy. More than 40 states plus the District of Columbia could generate 25 percent of their electricity just with rooftop PV.”

So solar energy might just be the means to individual states meeting their renewable energy goals ahead or on schedule.

Could the same be true here in the UK?

Whilst we may not have the distance issues of the States, with some counties being landlocked and others having a lack of potential sites for large scale wind farms etc, it’s possible individual counties will have to be more willing to ‘help their neighbour’.

One things for certain – if home-grown energy production is being taken seriously in the States’, it won’t be long before the ideas suggested over here.

You can read the full article at The Energy Collective website. You’ll find it interesting. Not least the fact that in 1900, 60% of electricity production was carried out on-site compared with just 20% a mere 30 years later.