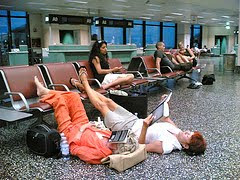 Under the headline “Going green can have a big payday”, the Independent Mail reports on GE’s CEO Jeffrey Immelt’s speech at the Summit on Renewable Energy – South Carolina Job Opportunities in the Green Economy earlier this week.

As he discussed the renewable energy market creating 10 million jobs worldwide by 2015, he warned the United States that if it “wanted to be a player in those job-creation industries, it needs to move now because it already is falling behind in some areas”.

He also warned that the initial cost of developing solar, wind, bio-mass fuel sources would rise short-term but said “if the development is done in the United States, then new technologies can be made and shipped overseas – that creates jobs”.

During his key-note address, he warned “if we (United States) don’t get off our butts and more aggressively seek renewable energy, the world is not going to wait on the United States”.