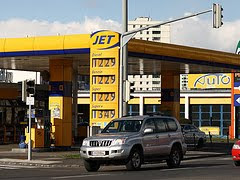 If it wasn’t such a tragic tale of human conflict, Monty Python would have probably summed the Middle East problems up as ‘trouble at ‘t mill’ (and no, I don’t want a spanish inquisition into it!).

Truth is, it is a tragic humanitarian story unfolding – our thought and prayers are with them all.

I mention it because the ‘conflict’ is being blamed for the everyday rising prices in petrol and diesel at the pumps. Radio news this morning reckoned the average price was £1.40 a litre – that’s heading for £6 a gallon territory.

Our own local fuel station in Buxton, Derbyshire, has been pretty competitive in recent months with prices for petrol at £1.24.9 a litre and diesel at £129.9 a litre respectively, but I noticed that from last Thursday, the price has increased by a 1p each day. I would say prices at £133.9 for diesel are still competitive but on a full tank, we’re still talking a couple of pounds more.

Which leads me to my final point today – I very recently purchased a (uses) turbo diesel Skoda Ocatavia, as my daily commute to the offices is a round trip of just over 80 miles.

I thought the added mpg of the diesel would benefit my pocket as well as the environment and on the former, I’ve been pleasantly surprised, averaging over 51 mpg.

Are diesels more or less environmentally friendly? That’s harder to judge perhaps, but for a big family car to squeeze so much out of a tankful has got to be good for overall fuel consumption (as a nation of car lovers).

So I guess my question is….. why aren’t more people driving diesel fuelled cars?