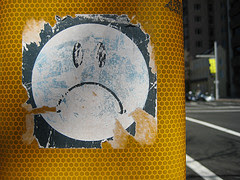 Governments seem very good at keeping promises where reductions are concerned and so, as we’d been promised, the review of large scale renewables tariff payments was announced last week.

It should be stressed that homeowners, installing a typical solar array on their home will be unaffected by the latest changes.

So what’s been affected? Basically, any photovoltaic solar installation of over 50kw will be on a new reduced tariff from the beginning of August:

Photovoltaic solar installations between 50kw and 150kw of capacity will get 19p per kilowatt produced – that’s down from 32.9p per kilowatt.

Whilst Ministers have said they’re acting to preserve the ‘pot of money’ used to make tariff payments to homeowners and so encourage the domestic take up of renewable energy, their opponents reckon that reducing tariffs on large scale projects including many community projects, will affect more people in the long run, reducing the number of people making us of renewable energy.

Opponents to the cuts, coming only a year after the tariffs were introduced, claim that more damage will be done to the fledgling economy of renewables – production and installation, whilst sending out a confusing message to homeowners – the very people the cuts have been designed to protect – about the potential for future cuts to ‘domestic’ tariff rates.

The last year has seen over 30,000 solar installations, compared with just a few hundred in the previous year.