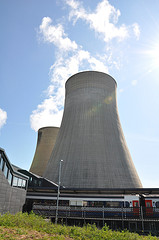 “could we soon say goodbye?”

Following on from yesterday’s blog post in which Australia was already achieving grid parity, comes the news from Business Green that some european countries could also be achieving the same – solar electricity produced as cheaply as fossil fuel / grid energy – by 2013, with most of them achieving parity by 2020.

Lower prices of solar panels is being cited as the main reason by the industry.

The claims come after a study by the European Photovoltaic Industry Association was published on Wednesday, which analysed markets in France, Germany, Italy, Spain and the UK.

The report also claims that production costs could fall by as much as 50% by 2020, meaning solar electricity would cost 8 euros per kWh by 2020. Coal powered electricity already costs 9 euros per kWh in Germany.

However, the report calls on Governments to continue to foster the right conditions for mass solar photovoltaic uptake by the public and business alike, if Europe is deliver on its carbon emissions targets.