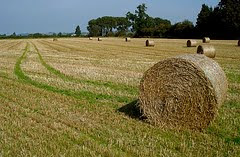 The Citizen’s Advice Bureau has called the latest energy price rises announced by British Gas ‘the final straw’, which will drive a lot of people over the edge into serious debt and hardship.

The CAB is urging anyone already in debt or worried about how’ll they’ll pay the increased energy bills to contact them now rather than leave it too late.

Their services include helping to make sure you’re on the cheapest deal that you current supplier provides and will help you look at whether you’d be better off by switching energy providers.

The problem for many is that switching means that some homeowners will be faced with making large final payments to their old provider – especially if their usage had been under-estimated and subsequent monthly payments haven’t been enough to clear actual bills.

It’s important to regularly take actual meter readings and submit them to your energy provider. Seasonal ‘blips’ in the weather – it’s noticeably chilly in the evenings of late (and I’ve been resisting the urge to switch on any heating), may mean energy for heating that may not have been considered, adding to your overall usage.

*The same goes for your water usage – don’t forget you can still provide your own meter reading to make your monthly debit more realistic.

With consumer groups warning the levels of fuel poverty could rise by over a million households, it’s vitally important not to leave yourself vulnerable by acting too late.