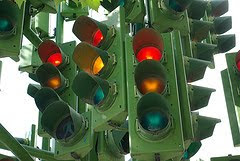 Good Energy reported last week how those early renewable energy pioneers have at last got an answer from the Energy Secretary regarding retrospective tariffs for their green energy adoption.

And it’s not the answer they were all hoping for.

Suffice to say, the big fat ‘No’ from Chris Hulme means that not only will those early adopters of green energy sources (even though they probably did it with the best of environmental intentions first and any hoped for ‘payback’ by way of tariffs second), have invested large amounts of their own money without the possibility of enjoying the same tariffs as new up-takers of renewable energy sources, but Good Energy fears it will set back future attempts to ‘sell’ renewable energy to new customers.

What really seems to have upset many is the fact that, prior to the General Election, many Conservative and Liberal Democrat MP’s (80%) had apparently given their support to the introduction of a retrospective tariff for early micro generators.

It’s a deeply worrying ‘cavalier attitude’ I think on the part of the Government to effectively ignore what has gone before.

UPDATE: The Guardian had this report on the Governments decision which you may also find useful.