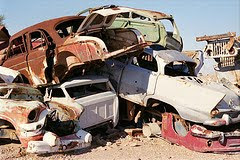 We’re seeing one or two window companies starting to re-introduce their own ‘scrappage schemes’ to homeowners thinking of replacing their old windows and doors.
Deals will vary from company to company, but basically, you’ll be allowed a discount against every window and door you replace. The savings can soon add up.
With so much uncertainty over whether double glazing will even be included in the Governments Green Deal – a scheme that’s not due to start until Autumn 2012 anyway, many homeowners are realising how costly it might be to wait another whole year, before acting to make their homes more comfortable and energy efficient.
And the timing of these ‘scrappage’ offers is just right too. Scottish Power have already announced huge increases to energy bills and it looks very much like British Gas is going to announce similar increases of around 15% to 17% later this month.
So any incentive to save serious money on installing the best double glazing option for your home should be investigated without delay.
Even if you’re replacing old first-generation double glazing, you’ll still find you can get generous discounts. Like their wooden counterparts, these days, old upvc windows can also be recycled, the ‘ingredients’ broken down, ready to be re-used in the UPVC industry etc.
Today’s modern windows feature some of the latest energy saving glass and frame technology, including windows that are ‘A’ rated for their efficiency. Locking mechanisms are also more secure thanks to partnerships with the Police in schemes like the Secure by Design awards.
You can make your home more energy efficient without spending a fortune – if you’re on a budget, why not consider replacing the worst windows rather than the whole house in one go? Choosing a reputable installation company that uses a well known profile should mean if you decide to replace your home’s windows in two (or even three) separate occasions, that you’ll be able to match with whatever’s already been fitted.
Of course, the added savings from any scrappage type scheme being run by your local replacement window companies might make it possible to replace the whole house in one fitting. This in itself will save some money as you’re not paying for fitting teams on each separate occasions.
FInd out what offers are available around you by getting an instant online quote from WindowQuoter – part of the ‘Quoter family of websites as used by over 3,000 homeowners every week.
This story first appeared in our regular weekly homeowner newsletter, dated 11th July 2011. Click here to read the full newsletter.
photo credit: joost j bakker