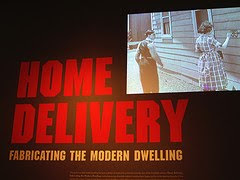 A letter published in the Scotsman tells of the news that Denmark has pulled out of further onshore wind farm development amidst an apparent public back-lash against wind turbines.

Denmark has more than 4,000 onshore wind turbines – two-thirds more than Britain, in a country only a fifth the size of the UK.

The author argues that without the power generation subsidies, not a single turbine would have been built in Scotland and reckons the companies are only interested in generating income rather than generating green electricity.

Indeed, we’ve already reported on this blog how poor they performed during the Winter – a statistic the author shares:

“For several days, Britain’s wind turbines, said to be capable of delivering 5 per cent of our electricity, in fact delivered only 0.2 per cent. If, as the government plans to do, we were relying on wind for 30 per cent of our power, the lights would have gone out.

The wind in Scotland blows enough for windmills only to produce electricity around 27 per cent of the time. So the paradox of building windmills is that you have to build a lot of ordinary power stations to back them up and, in the short to medium term, those are going to be high CO2 emitting fossil-fuel gas or coal-fired plants. The trouble is, such is the fixation with wind power that nobody in the Scottish Government is planning for new gas or coal-fired power stations. Having already ruled out any new nuclear plant in Scotland, we can be certain of one thing: the lights are going to go out.“

It’s emotive stuff, and as you would expect, it’s led to some interesting exchanges in the following comments.

What’s your opinion? Read the full letter and view the comments by clicking here.