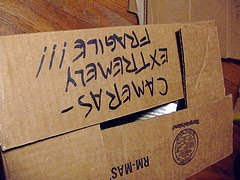 A story in the Telegraph revealed that there are plans to make loans used to install renewable energy fixed to the property rather than the owner.

This could see home buyers ‘inheriting’ loans that were taken out by the previous owners to install solar panels etc.

The Government is concerned that one of the barriers to installing the likes of solar energy is the pay back period.

The Telegraph estimates a typical £10,000 installation would take 10+ years to get back. With the average amount of time people live in a house before moving being 9 to 12 years, the present system is seen as a major hurdle – why would a homeowner pay for and install a system that they will never get the benefit of?

An energy scheme being proposed is ‘pay as you save green loans’ and is currently under trial as part of a £4 million pilot.

The Telegraph reports that the “Government is expected to roll out the scheme across the country and also introduce legislation so that loans can be attached to the home rather than the owner”.