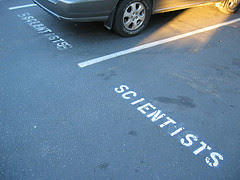 Yesterdays post addressed the recent disclosures of the scientific community that some of their date conclusions were in-accurate. However, the post did address the inescapable fact that whether you believe in climate change or not, then investing in solar and other renewable energies for your home was an economic choice rather than a purely environmental one.

A BBC environment analyst wrote a very interesting report (click here to read the full article) which looked at the wider picture of the recent allegations against the science – how political setbacks in the US could see hopes of a climate bill dashed after a Supreme Court ruling that corporations should be afforded the same rights as individuals – basically companies “should be able to spend as much as they want on advertising to attack politicians’ plans. The fossil fuel industry is poised with banknotes at the ready“.

The piece looks at the effect the allegations will have on the political front – our own government included.

It’s still worth pointing out though that, even if the sceptics are right, energy bills are getting more expensive and if that cost can be offset by generating your own energy, AND, you can take advantage of schemes, grants and tariffs to lower the overall installation cost and pay back period, then surely, it’s still worth doing?

What do you think?