This is an extension from Friday’s blog which can be found here. Since the blog did well I thought I should continue my knowledge on Air Source Heat Pumps, simple supply and demand! Also if anyone has any more questions on Air source heat pumps then don’t be afraid to comment below and I will endeavour to get back to you with an answer, thank you my dear Sirs and Madams!

ASHPs look similar to air-conditioning units and are less disruptive to install than ground source heat pumps, as they do not require any digging in your garden so don’t fret, your Geraniums are safe!

An ASHP works a bit like a refrigerator in reverse. The process consists of an evaporator, a compressor and a condenser. It absorbs heat from the outside air and the heat pump compressor then increases the temperature of that heat further to create useful heat for your home

There are two main types of Air Source Heat Pumps

In the summer, the ASHP can be operated in reverse, like an air-conditioning unit, to provide cool air for your home which is a helpful plus if I do say so myself.

The Pros and Cons:

An air source heat pump system can help to lower your carbon footprint as it uses a renewable, natural source of heat – air. The amount of CO2 you’ll save depends on the fuel you are replacing. For example, it will be higher if you are replacing electric heating than natural gas.
A heat pump also requires a supplementary source of power, usually electricity, to power the heat pump, so there will still be some resulting CO2 emissions. Overall though its one carbon footprint step forward (or backward?) to making your home a greener friendlier place 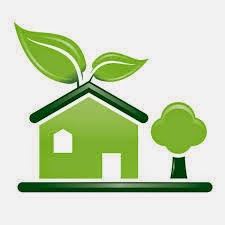 Ground source heat pumps use pipes which are buried in the garden to extract natural heat from  underground by pumping water through it. The heat pump then increases in temperature, and heat can then be used to heat radiators, underfloor or warm air heating systems and hot water in your home.

“How do these fandangled contraptions work?!”

Don’t worry technophobes its quite simple! A ground source heat pump needs electricity to run, but the idea is that it uses less electrical energy than the heat it produce. It circulates a mixture of water and antifreeze around a loop of pipe – called a ground loop – which is buried in your garden. The water and anti-freeze is pumped around the ground loop and absorbs the naturally occurring heat stored in the ground. The pump itself consists of 3 essential components; the evaporator, a compressor and a condenser – together these take the heat from the water mixture, transfers it to your domestic heating system i.e. your radiators and increases the temperature in the process. A ground source heat pump increases the temperature from the ground by between one and a half and four times – if the ground temperature is 12°C, the output would be between 18 and 48°C so you can say good-bye to those chilly winter mornings! And the best thing is the ground stays at a fairly constant temperature under the surface, so the heat pump can be used throughout the year – even in the middle of those harsh winters.

Will they ruin your garden?

No, not intentionally, unless the machines rise and have a thing against your flower garden! Joking aside; The length of the ground loop depends on the size of your home and the amount of heat you need. You’ll need sufficient space for installation of the system, generally with a garden that’s accessible for digging machinery. Longer loops can draw more heat from the ground, but need more space to be buried in. If space is limited, a vertical borehole can be drilled instead. 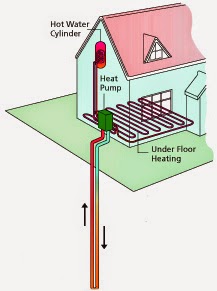 Other Things to Consider when installing Ground Source Heat Pumps

Lets get down to the important stuff, MONEY

Ground source heat pumps (GSHP) differ in size and complexity, so pinpointing a typical cost is tricky. The Energy Saving Trust (EST) estimates it can range between £11,000 and £15,000 to install one in your home. 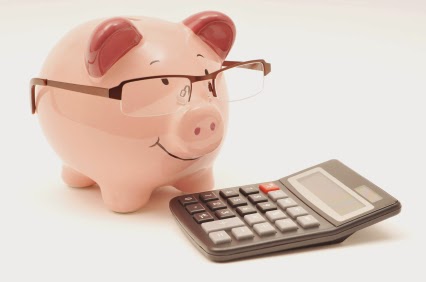 The payback period (the time it takes for the initial cost of the system to be recouped in energy savings) is also difficult to predict, as it depends on how efficiently your system works, the type of system you’re replacing, whether you can get financial support with the Renewable Heat Incentive and how you’ll be using the heat generated from the pump. Things to consider are:
The EST estimates that an average performing ground source heat pump could save you:
Financial help is also available. The Renewable Heat Incentive (RHI) is a government scheme and the EST estimated it could provide an additional £2,325 to £3,690 a year which is big money.

Will you be doing your bit in saving the environment?

A Ground Source Heat Pump can help in lowering your CO2 emissions, reducing your carbon footprint by a considerable amount, helping you go down a few shoe sizes! According to the EST, a heat pump with mid-range efficiency uses a third of the energy needed in an average gas or oil boiler to produce the same amount of heat. Added up over a number of years this a significant amount so yes, you will be saving the environment you nice lovely people.

Are you considering Ground Source Heat Pumps? Visit our website here to get a FREE reliable quote. Its quick and easy and based on our database we can give you the top 3 companies in your area that can do it for you http://www.heatpumpquoter.co.uk

1. The research and development monies now going into solar energy are great enough to fuel innovation and bring down prices rapidly. First Solar expects solar generation manufacturing costs to fall from 63 cents a watt to 35 cents a watt from now through 2017! 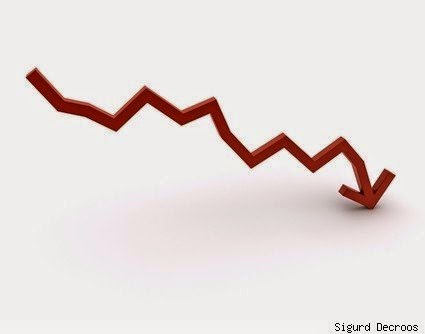 2. Honda is experimenting with a zero-carbon home. It includes a direct DC recharger for an electric car so as to cut down on energy lost to heat during the DC to AC conversion. Charging would take only 2 hours, direct from sunlight.
3. Thin-skin solar panels will be installed directly on the cars, and a canopy recharger will fill them back up, economical cars are the future (not the Prius)

4. Even poor countries of the global South like Pakistan are finding it affordable now to create enormous solar parks. Bahawalpur faces blackouts and a deficit of 4 gigawatts of electricity. It will soon get 1 gigawatt of electricity from solar and other renewables. 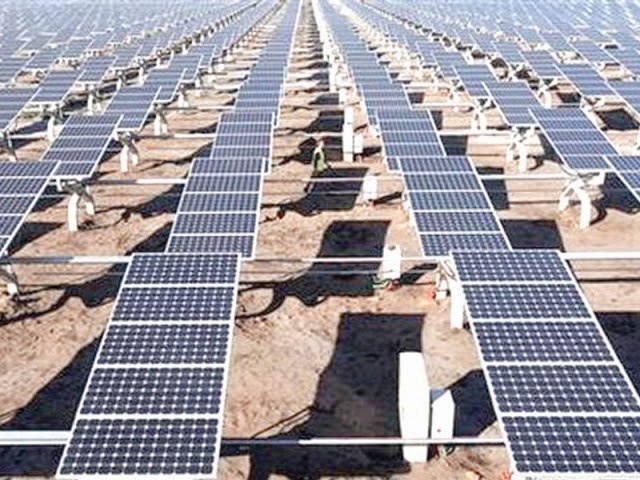 5. There are new technological advancements in Solar Power almost everyday and and a giant flow of ideas of how Solar can save the world which come as abundantly as the actual resource! Japan want to put a solar panel ring around the moon which can have the potential to power a 1/3, THIRD of the world’s energy demands. MIT are researching  solar panels that can grow from bacteria making them more affordable. A group of scientists also want to build solar plants in our oceans as the solar energy is greater there. The amount of solar energy that hits our Earth in an hour is enough to power the world for a year. Surely we have to harness this great natural, renewable resource?! 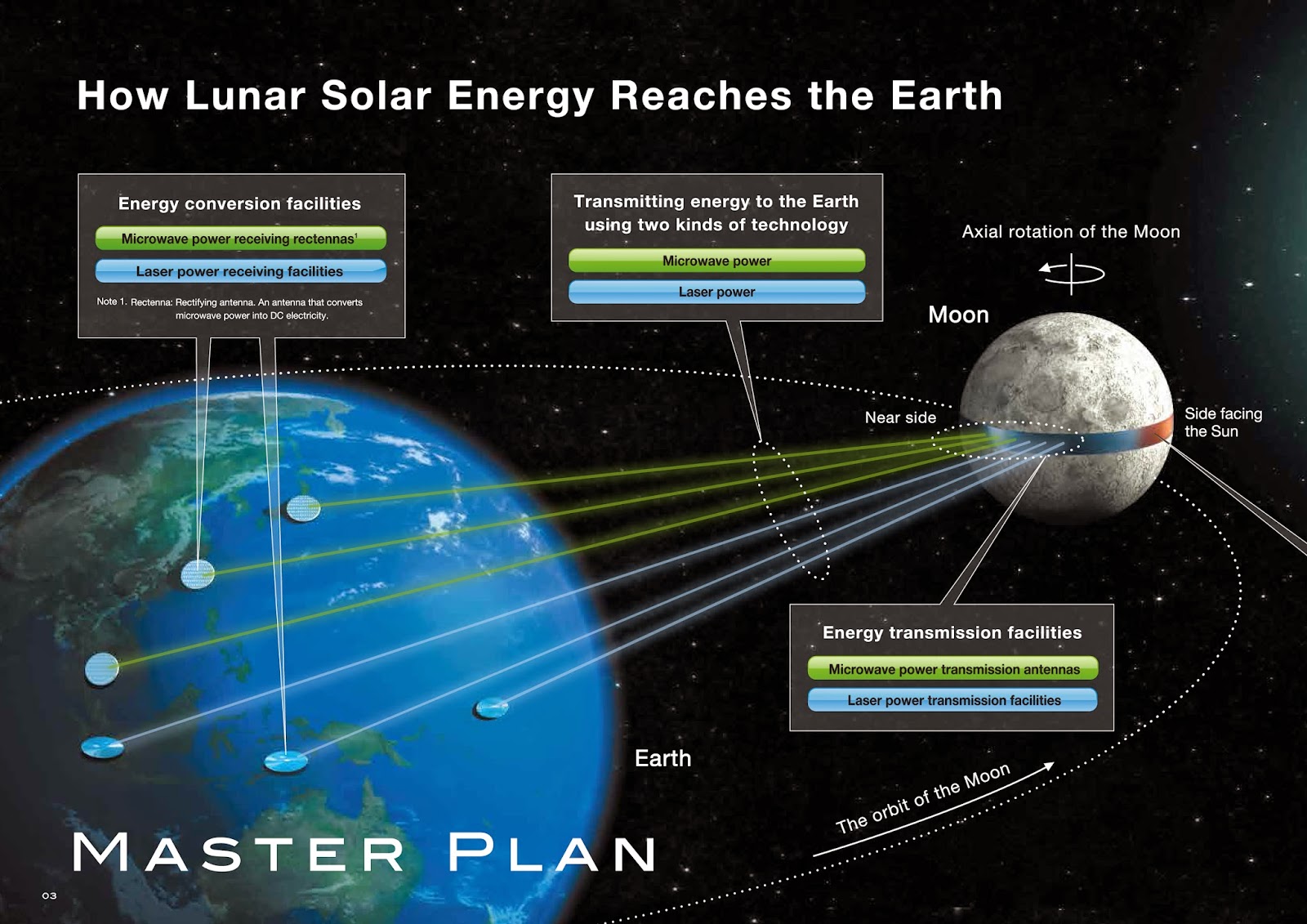 6. Okay okay, I know I said 5 but TOP 6 doesn’t have the same ring to it, sorry for lying my dear Sirs and Madams but this one is important! After seeing the way Russia is bullying Western Europe over opposition in Brussels to Russia grabbing Ukrainian territory, with Russia threatening to cut off natural gas, many countries will be encouraged to invest in renewable energy sources that cannot be cut off. Thailand is investing in 3 gigawatts of solar energy, not only because its government wants more electricity but because it wants more energy independence! The falling price of solar panels will give a further economic motive for going green, but tensions in the ASEAN countries over the possibility of gradually being reduced to Chinese puppets are real– something Obama is trying to address on his current trip to Japan and other countries of the far east. The alternative to solar, hydraulic fracturing (fracking) to produce natural gas, is not affordable in many countries; it uses enormous amounts of precious water, damages the environment, and produces huge methane emissions that threaten deadly climate disruption. Solar gives both cost savings and security, as well as a brighter climate future.
I bid you adieu my dear Sirs and Madams!