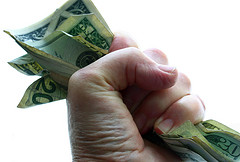 A Danish company that produces wind turbines at a site in Scotland has filed for a suspension of payments in the Danish courts – a move similar to administration in the UK.

Despite cash injections from the Scottish Parliament and a further Regional Assistance grant totalling several millions two years ago to the then new owners, the plant which employs around 120 people could still close.

The news will deal a severe blow to the Scottish Governments renewable energy dreams and will add fuel to the fire which the renewable industry has already come under over lack of production capability to serve the expanding onshore and off-shore wind farm plans.

Read the full report in the Scotsman here.

The Scottish Council for Development and Industry has warned that the plant in Campbeltown is essential for Scotland’s future if it wishes to be a leader in the renewable energy sector.