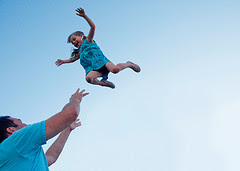 We could talk about todays General Election but I’m sure you’ve had your media fill on that topic.

So instead, we thought we’d bring to your attention a new term – Carbon Capture Sequestration.

CCS (as it’s referred to) is the process where CO2 is chemically separated from emissions with the greenhouse gas then being pumped and buried deep under ground, never to pollute the atmosphere again.

As Smart Planet reported, it’s an expensive business but seen by many as a way of “weaning us” off of coal as we move over to large scale renewable energy sources.

Now to a layman like myself, this process seems fraught with disaster that would make Towering Inferno look like a camp fire.

What happens if the CO2 escapes back to the surface? Can it contaminate the land around it? How will it effect any local residents in years to come?

Presently such a operation has been operating in the North Sea (well under it actually) by a Norwegian project which has been running for 10 years now.

As you may have guessed, the topic has its supporters and sceptics – more of which you can read via Smart Planet’s article.

One opponent to the idea of CCS likened the piping of CO2 underground to “putting a bicycle pump nozzle against a wall, saying the gas will eventually escape and find its way to the atmosphere”.